How do I play Hy-Brasil RPG?

To play Hy-Brasil RPG we recommend Minecraft Version 1.18.2. You can select different versions of Minecraft via the main menu when loading the launcher and select 1.18.2.

A brief description of Hy-Brasil RPG 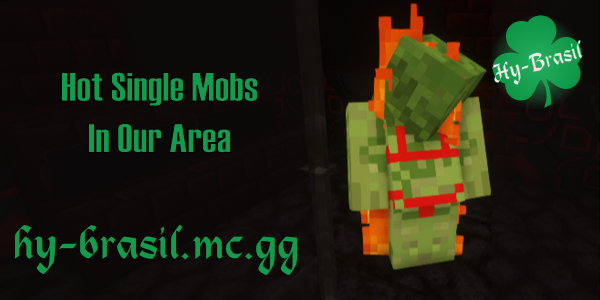 Named after a mysterious vanishing island from Irish folklore, Hy-Brasil is an adult (18+) Minecraft server with an open world loaded with play style options. Using your Minecraft Java Edition client with the 1.18.1 version loaded you can connect and explore a world with lots of possibilities. We are an RPG server with plugins which modify the game's behavior from the typical, vanilla Minecraft. You can claim land of your own or join someone else's base to give protection to your builds and your possessions. You can get paid for many activities which will allow you to purchase other things to help you on your way. There are new skills to learn which will unlock new abilities provided by the mcMMO plugin.

Our story lines are a mix of Sci-Fi, Fantasy and Ancient Lore with touches of esoteric mysticism as well. You will find a unique community at Hy-Brasil. Maybe it's a community for you? On old Earth, generations ago on an island some knew as Éire legends were told of another mythical island which, like a phantom, was cloaked in mists off the western shore and only visible once every seven Earth years but even then could never be reached.

This is why, the first space faring vessels who arrived here carrying human refugees fleeing the tyranny of the Terran Cyberocracy called this planet by that name as it, too, was hidden by the “mists” of dust and clouds from a nearby nebula which served to keep this place undetected from the more heavily traveled sectors of the planets colonized by the known sentient beings who make up the Galactic Assembly of Worlds. But, when they got here, they found the world already had inhabitants from a different time but descended from the same place, old earth. These people, when asked how their ancestors ended up here only answered, the Aos Sí sent them here. Some, call them fairies.

Hy-Brasil is a strange world indeed. Here old meets new, technology meets magic, aliens meet humans. They interact with one another in different ways and on many different levels. Some are friends and others are foes. How will you fit into the story?

How popular is Hy-Brasil RPG?

Currently there is 0 online out of a possible 50. The number of votes this month is 0 since the 1st. Voting allows you to get rewards for free.

Below are the five most recent players to vote for Hy-Brasil RPG and recieved a reward.

Update: Our newest map, Idarun, has launched! Check it out today! Looking for a laid back and friendly server with a focus on the community? Tired of Pay to Win servers that make it impossible to...